According to ‘Wikipedia’:  The hummingbird hawk-moth is distributed throughout the northern Old World from Portugal to Japan, but is resident only in warmer climates (southern Europe, North Africa, and points east). It is a strong flier, dispersing widely and can be found virtually anywhere in the hemisphere in the summer. However it rarely survives the winter in northern latitudes (e.g. north of the Alps in Europe, north of the Caucasus in Russia). They have been spotted in Newfoundland, Canada and Malaysia as well as southeast Texas, Southern California, and Northern Utah. There have also been reported sightings during the winter in Ireland. Moths in the Hemaris genus of the family Sphingidae are known as ‘hummingbird moths’ in the US, and ‘bee moths’ in Europe, which sometimes causes confusion between this species and the North American.

The pictures below were taken at noon on 1st July 2017… although in most years they’ve tended to turn up later in the month and usually in the late evenings. 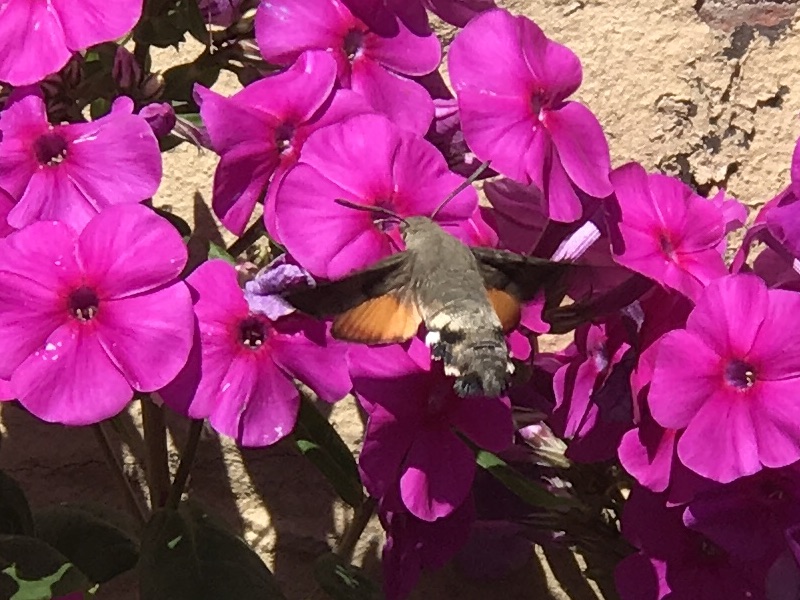 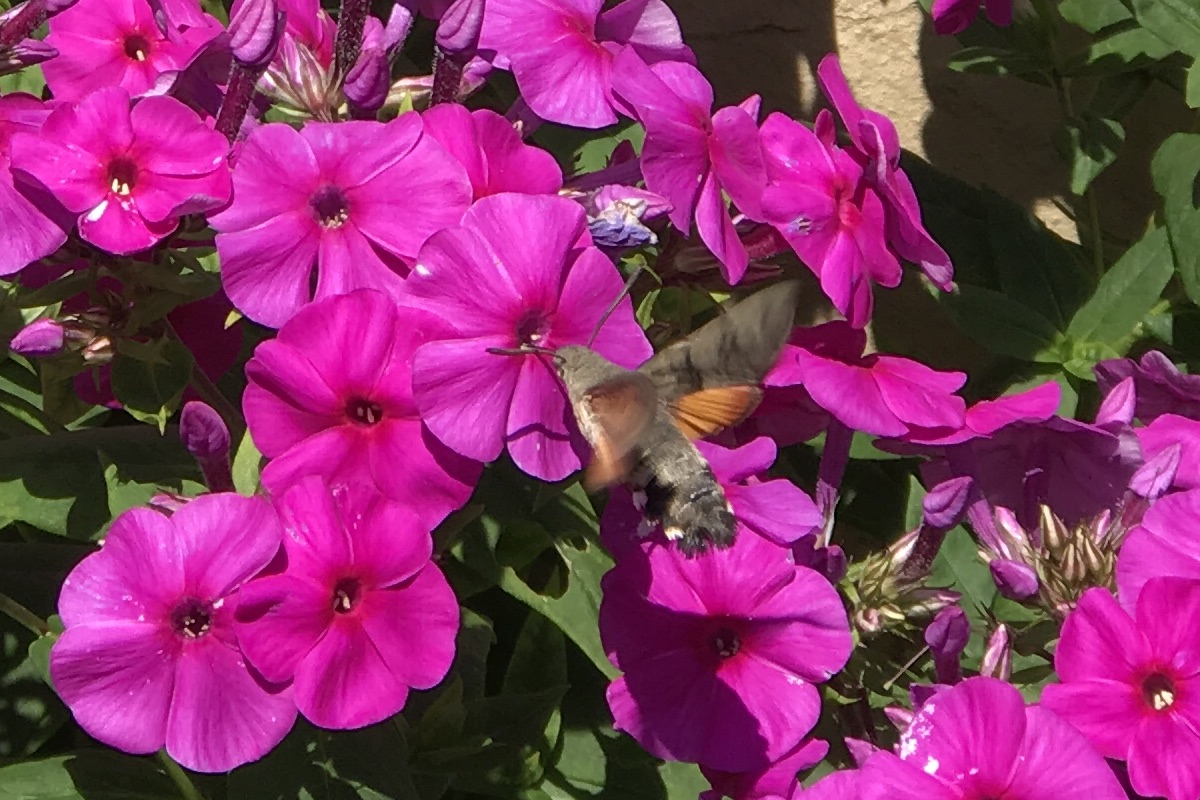 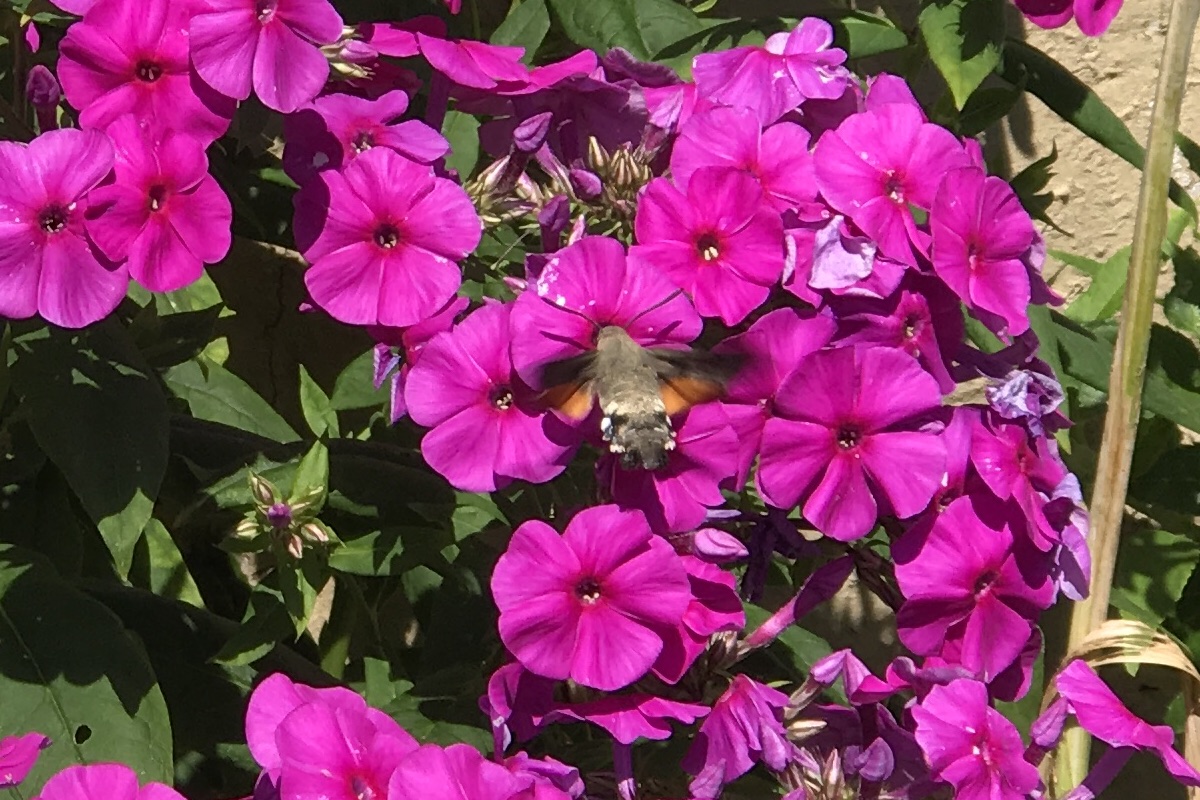 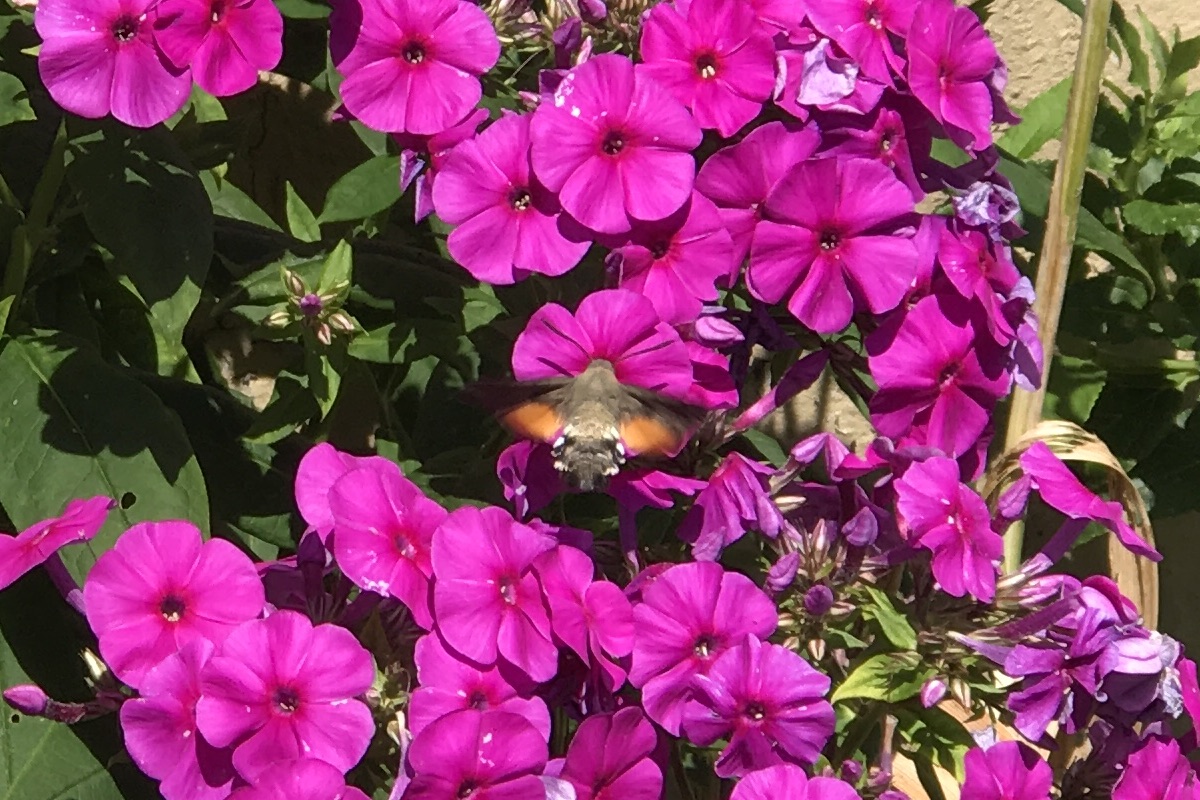 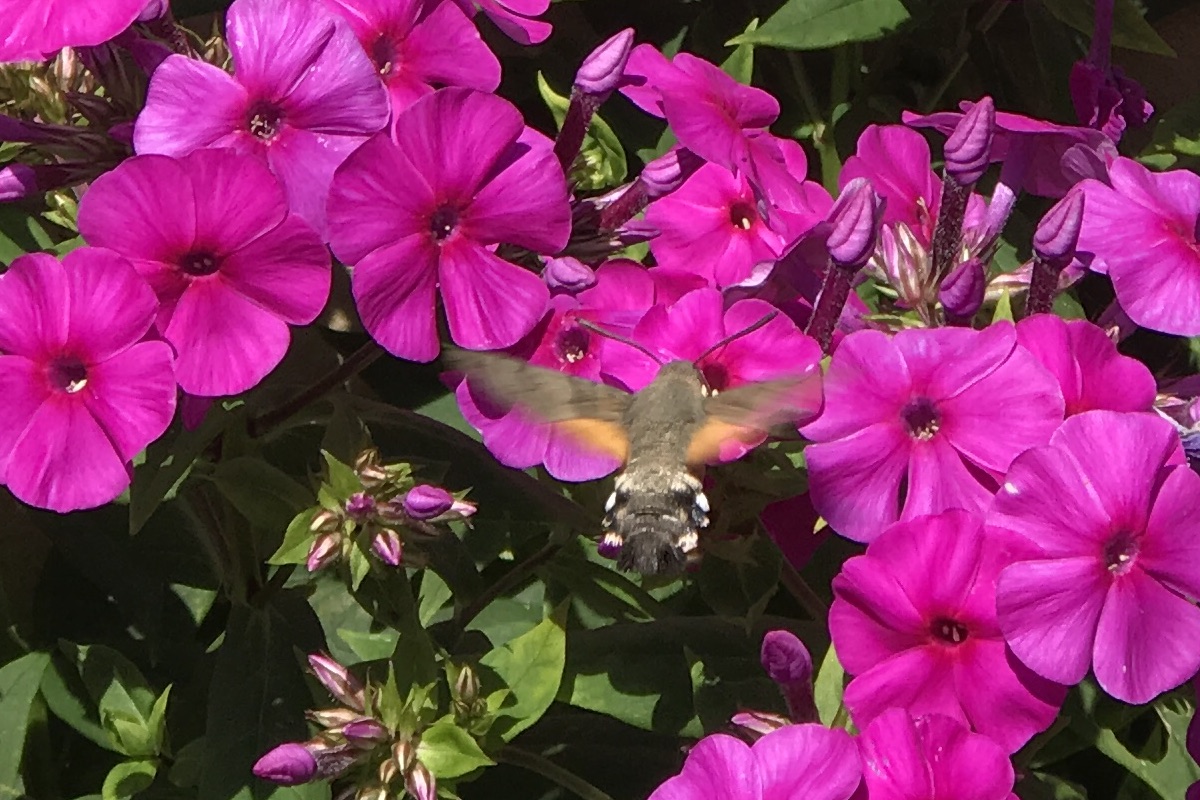 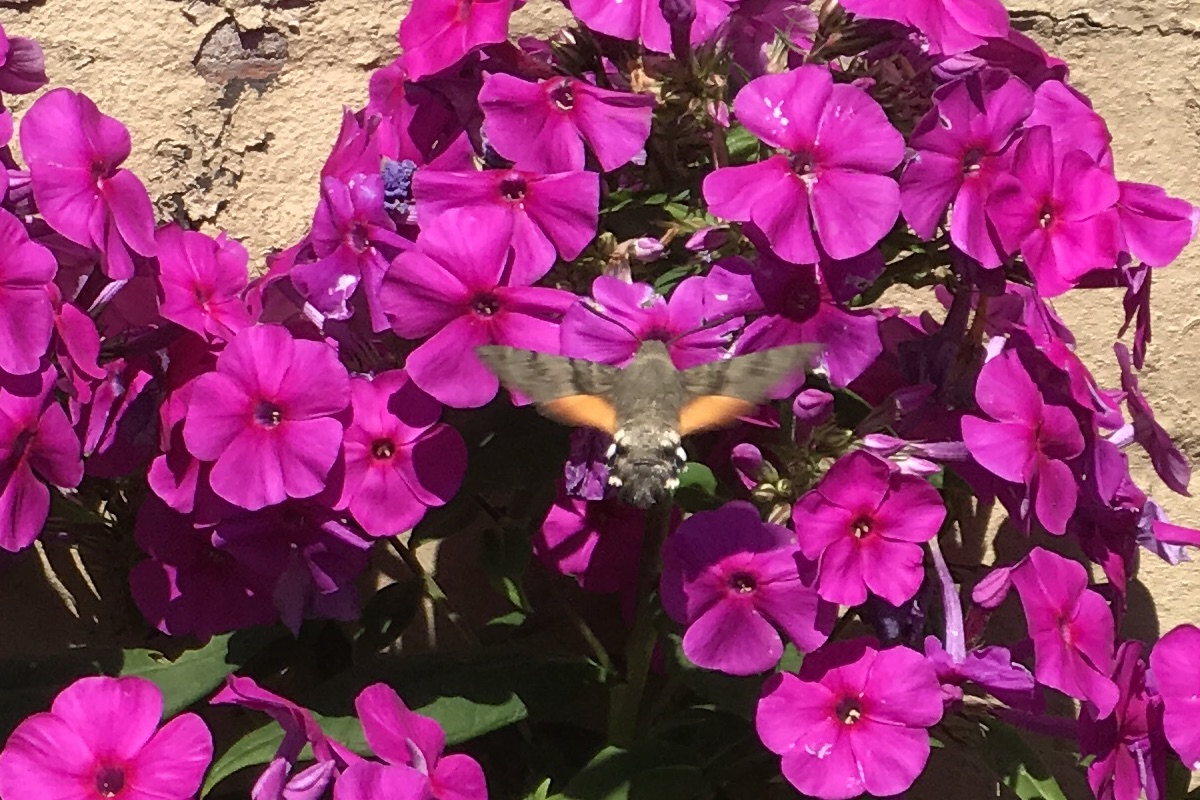 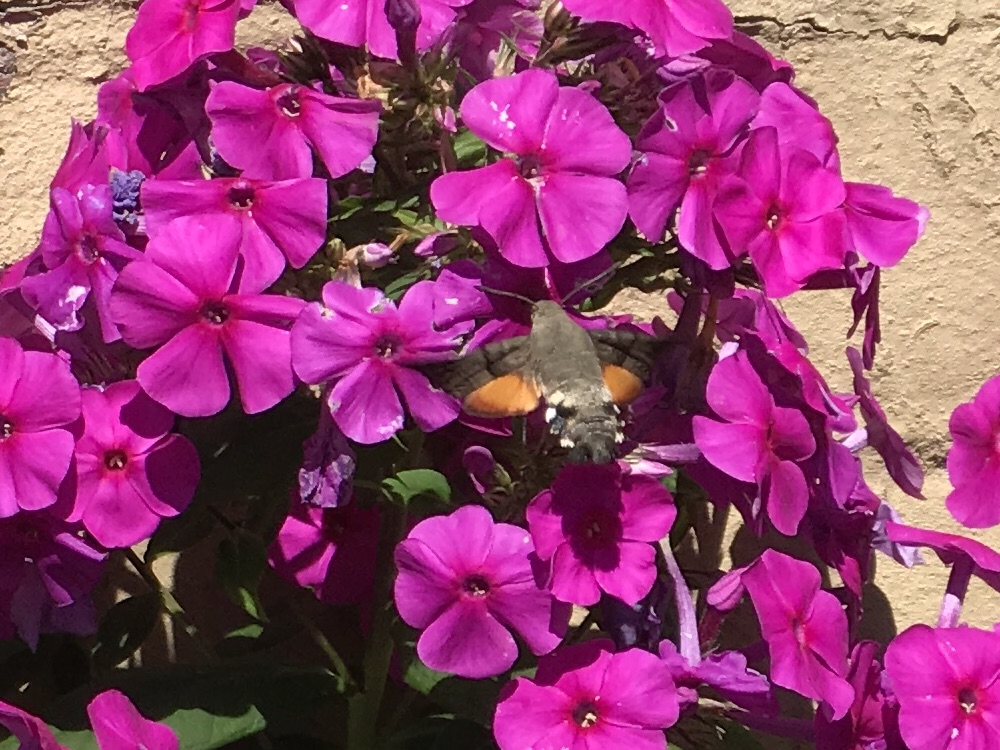 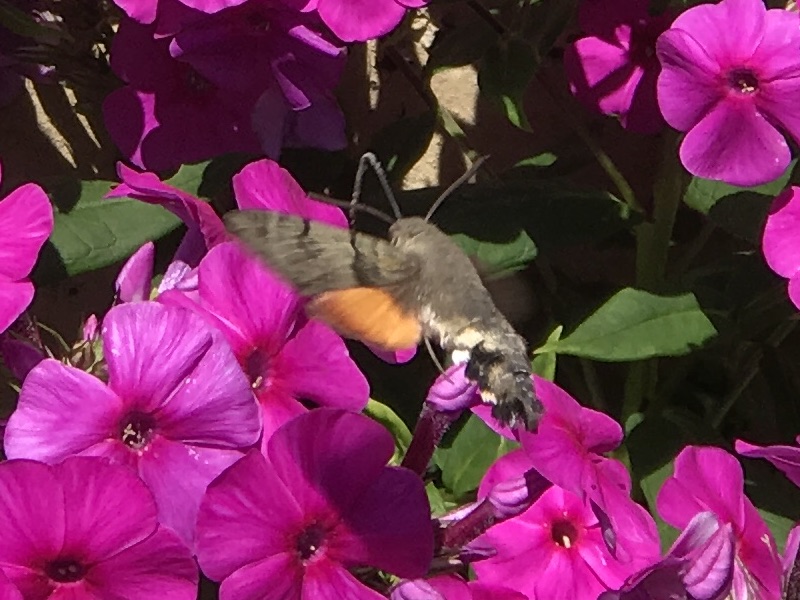 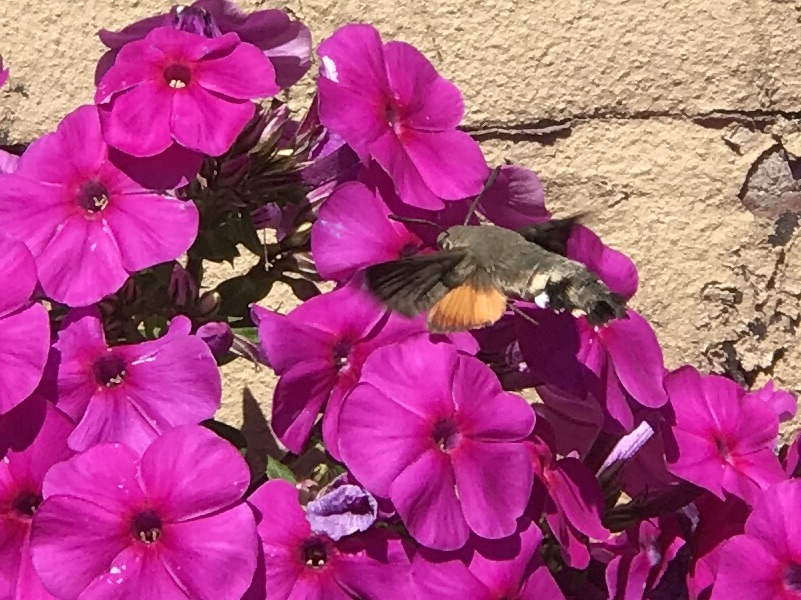 Take a look at the truly amazing proboscis! 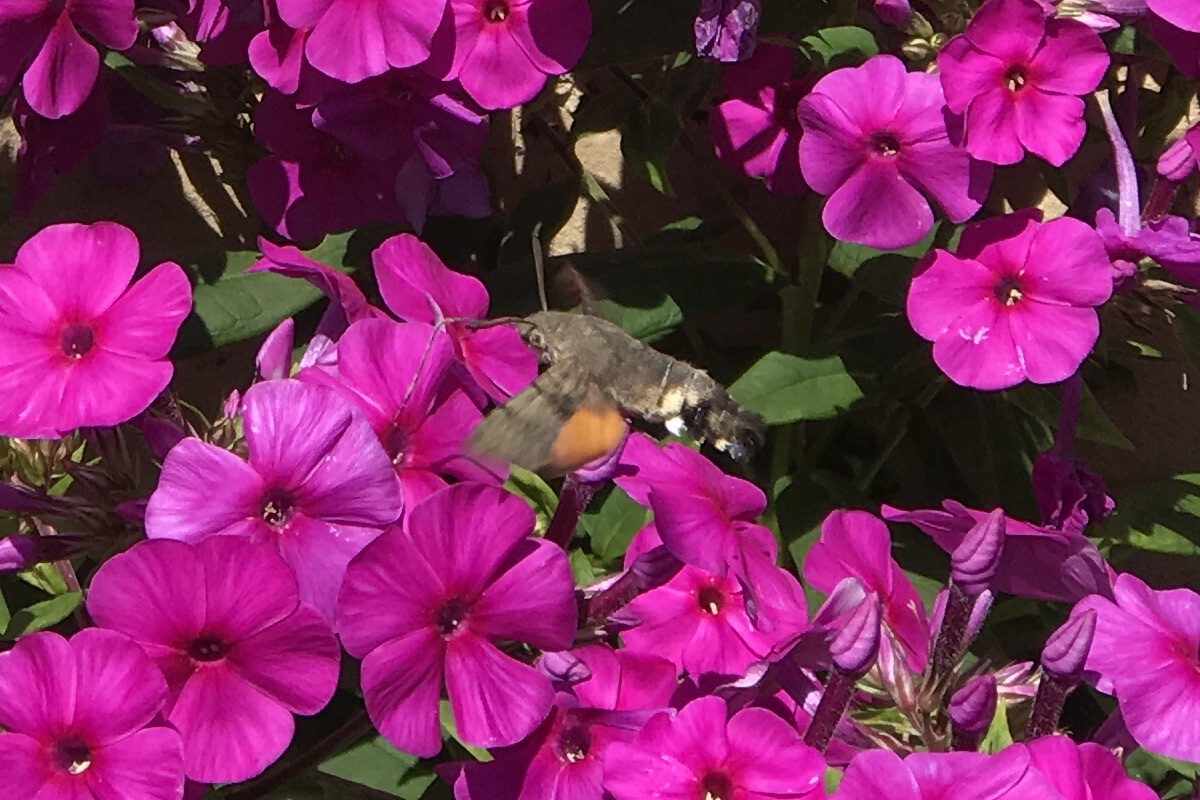