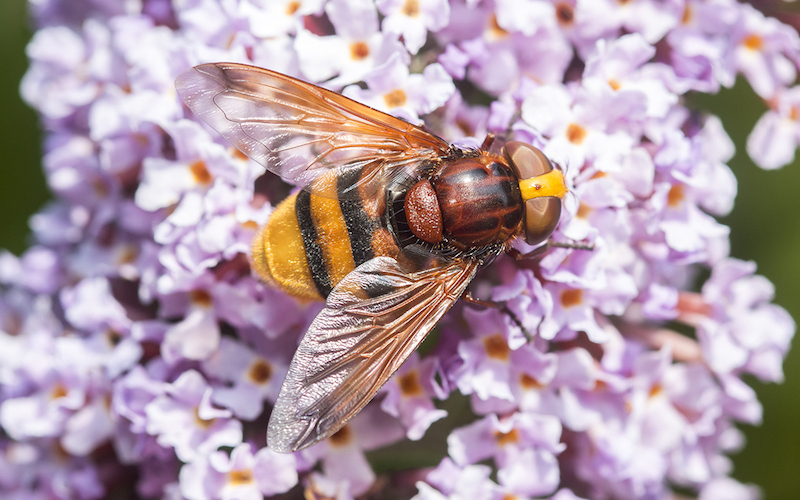 In the UK it was only known from two specimens prior to 1940, so was regarded as rare. Since then, it has become increasingly widespread in many parts of the South and South East England, often in association with parks and gardens, where adults are usually seen visiting flowers. Elsewhere in England, only a few scattered records exist.

Until today (15.07.17) I had only heard of it, never seen one… until it turned up in my garden where Maggie found it clinging to our shed. When I arrived it flew to Veronica flowers and then on to stocks but whipped up and away as I fumbled with my camera. So I’ve cheated and the illustration is of one taken in Milton Keynes by my son Ashley.