There are nearly 20,000 known species of bees in seven to nine recognized families, though many are undescribed and the actual number is probably higher. They are found on every continent except Antarctica, in every habitat on the planet that contains insect-pollinated flowering plants.

Bees are adapted for feeding on nectar and pollen, the former primarily as an energy source and the latter primarily for protein and other nutrients. Most pollen is used as food for larvae.

Bees have a long proboscis that enables them to obtain the nectar from flowers. They have antennae almost universally made up of 13 segments in males and 12 in females, as is typical for the superfamily. Bees all have two pairs of wings, the hind pair being the smaller of the two; in a very few species, one sex or caste has relatively short wings that make flight difficult or impossible, but none are wingless.

Last year (2013) my beehouses were used by several species, mostly leafcutter bees. However, horizonal rain destroyed them. This year one of my beehouses is again being colonised by at least three species of bee… one mason, one leafcutter and another yet dto be identified. 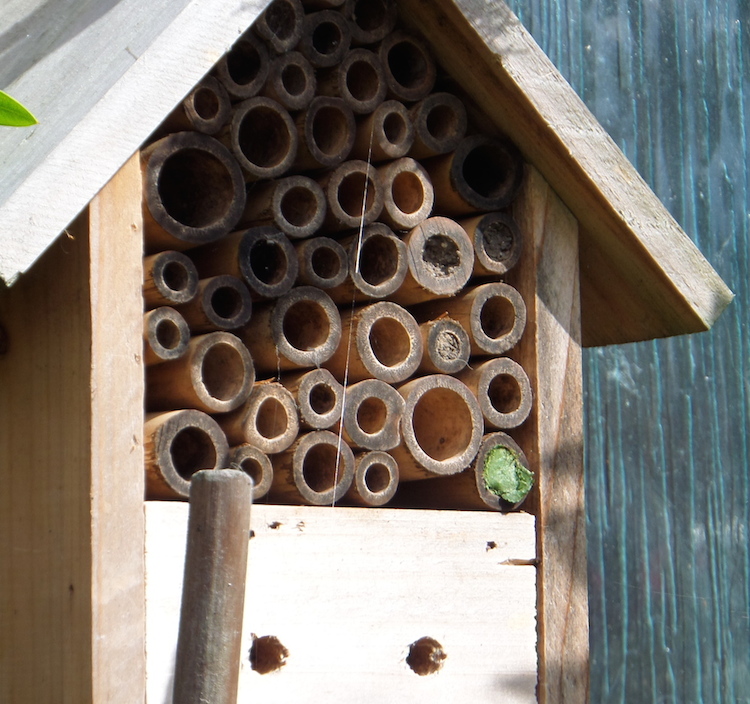 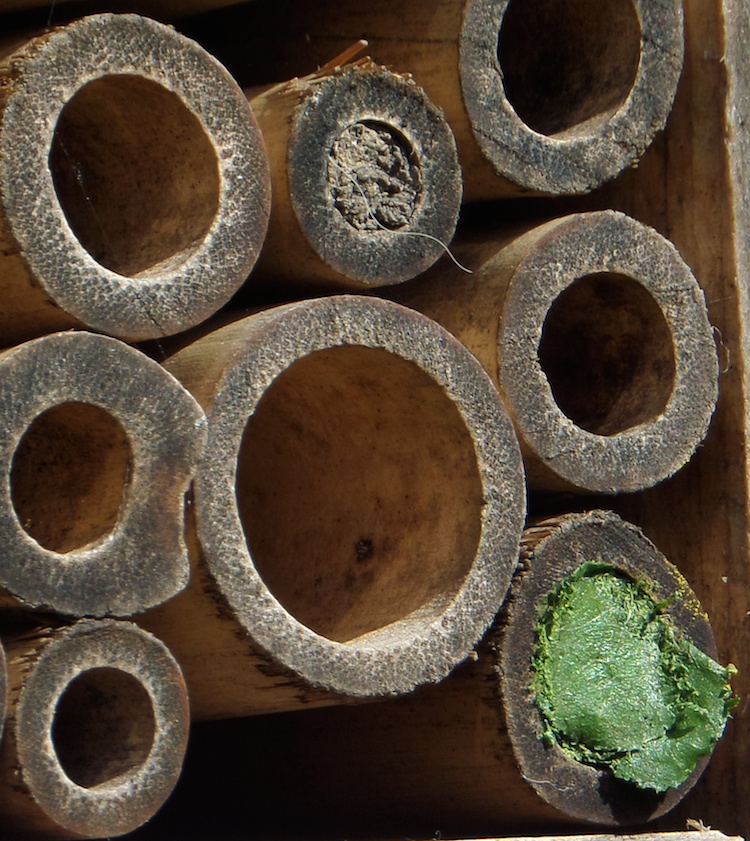