There are nine UK species of the solitary mining bees and I believe the ilustrated species to be Davies’ Mining Bee (Colletes daviesanus) as it is small with pale hair and a shiny bare mesonotum and that it was seen in August (although there are many overlaps in flight times). It is, apparently becoming commoner in gardens and readily takes to artificial nest sites such as holes bored into bricks.

*October 2018 – I’m told I’ve probably misidentified this and that it is almost certainly Andrena flavipes :-(( 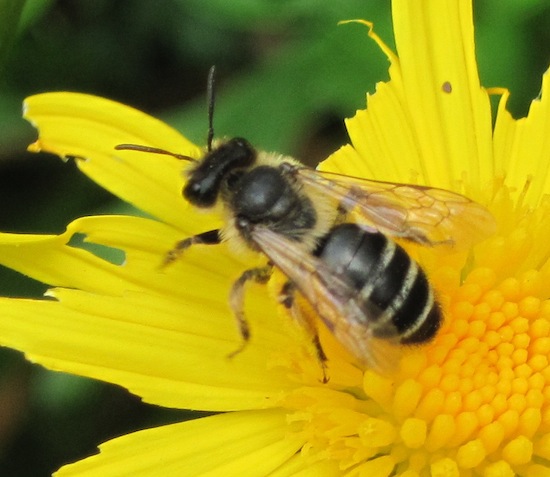 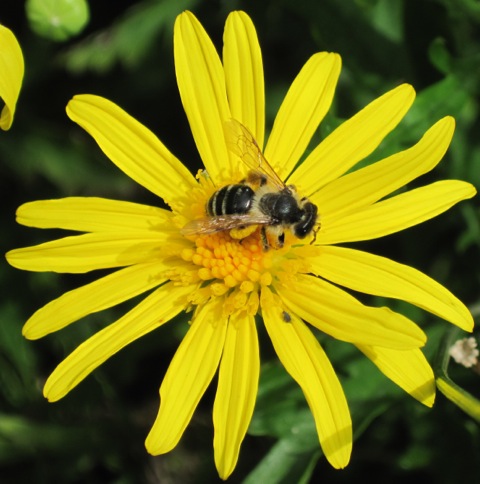 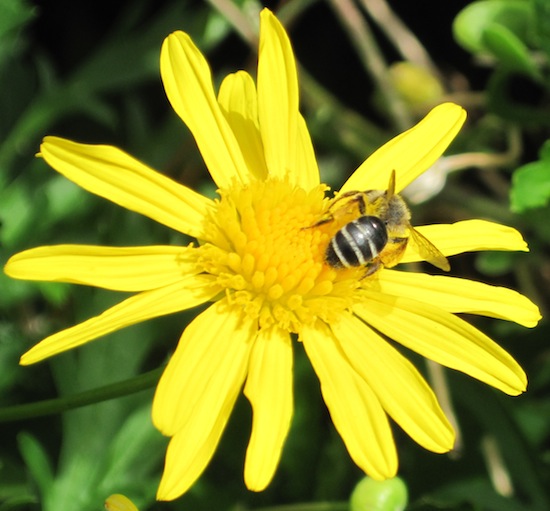