For most of us the Buff-tailed Bumblebee is just ‘bumblebee’ – as it is so big and bumbling. If we see some of the other mostly black and stripey chaps of a similar size we also think ‘bumblebee’ and may assume it to be just an aberant fellow. A cursory glance at an insect book reveals around a dozen ‘bumblebee’ species including the rather dull and hairy and relatively small sorts like the Common Carder.

As the name implies this is one of our more widespread and abundant species. Unlike some of the similar looking ‘cuckoo bees’ true bumblebees collect pollen mostly to feed the kids – the pollen basket clearly shows behind the rearmost leg in the second picture below. Just like honeybees they are very, very important to the health of the ecosphere as they are pollenators. 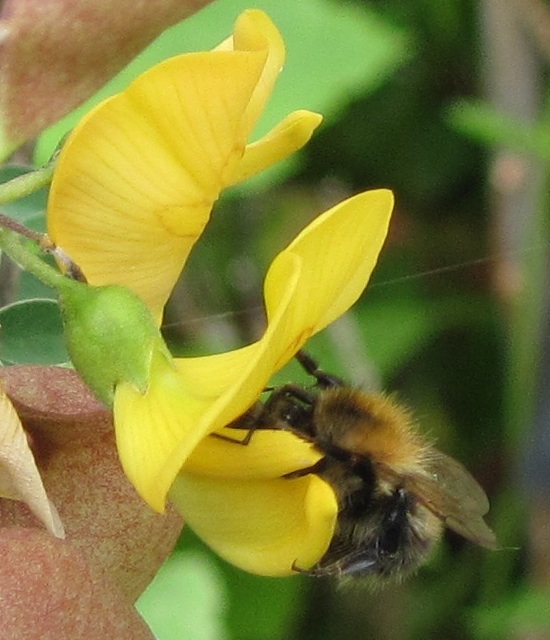 The chap below appears to have some sort of mite attached to its thorax… this may be a parasite but could also be a harmless mite hitching a ride as some commonly do. 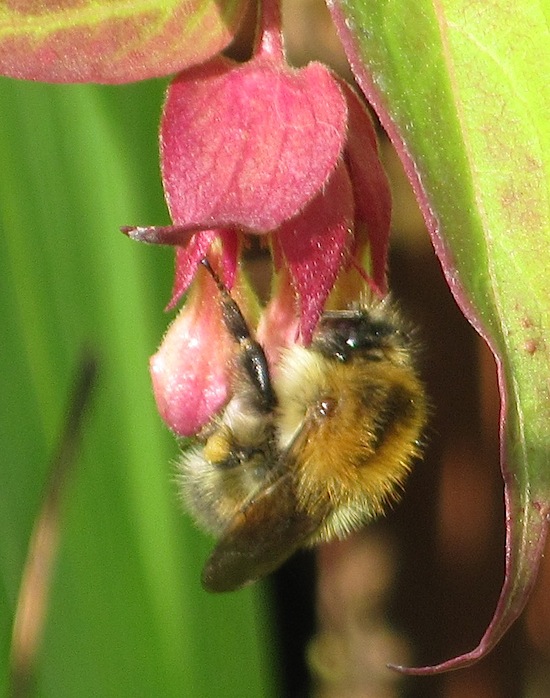 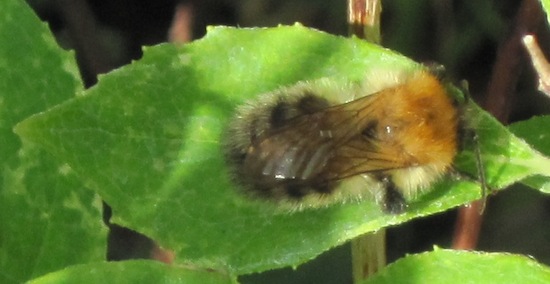 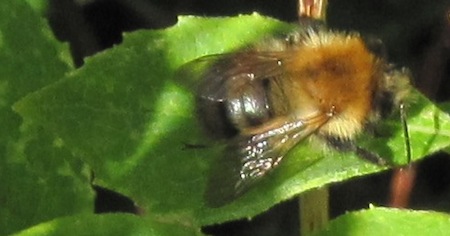 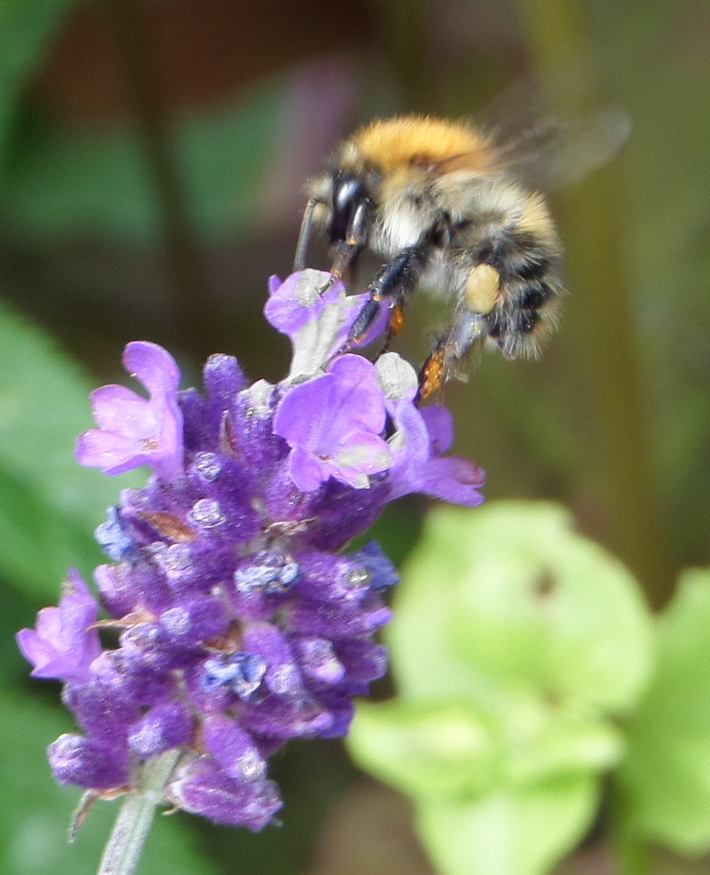