The Early Bumblebee (Bombus pratorum) is so called as it is usually the first to appear in early spring (March or sometimes earlier in the south). It tends to fly until July. As it is soon August I will probably have to wait until next year to get better shots of this fellow, those few individuals still around my garden are very worn looking indeed.

Once more poor shots will have to suffice for now.

I have noticed that they favour purple flowers in my yard going for a purple geranium, some stocks, budleah and convolvulous etc. when its flowering. They seem particularly enamoured of the geranium with several buzzing around open flowers all day long. 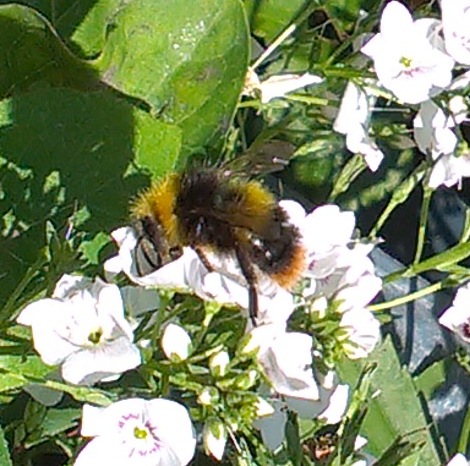 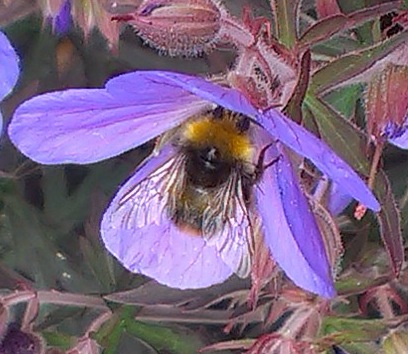 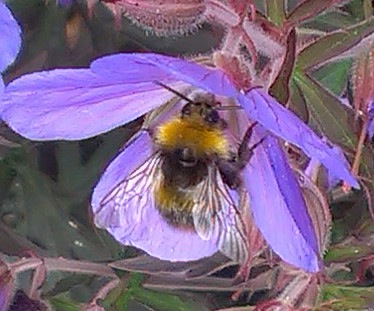 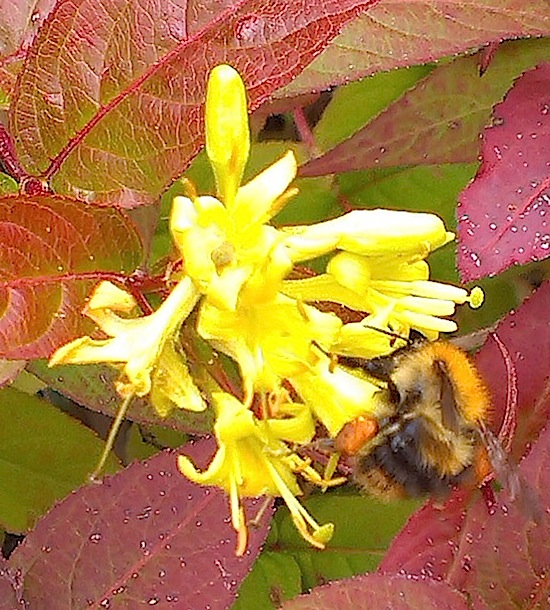